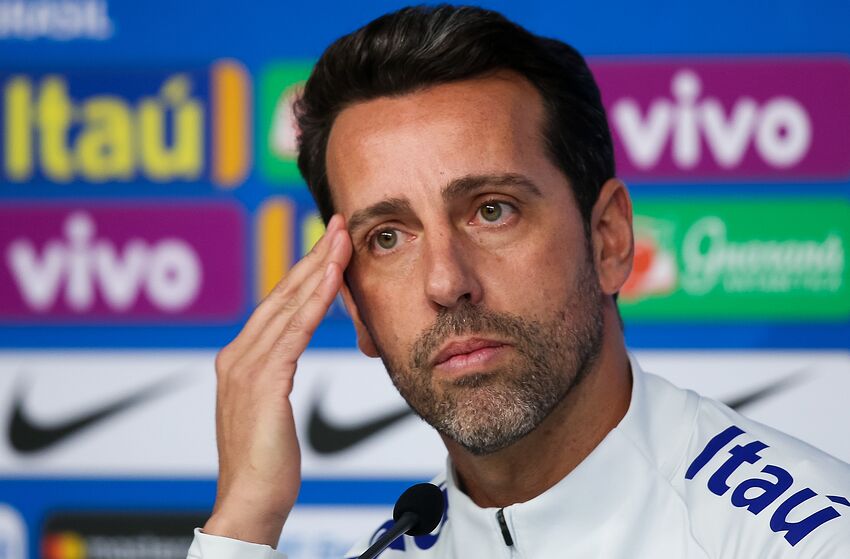 TERESOPOLIS, BRAZIL - MAY 21: The General Coordinator of the Brazilian national football team, Edu Gaspar, attends a press conference at Granja Comary Training Center for the first phase of preparation for the 2018 FIFA World Cup Russia on May 21, 2018 in Teresopolis, Brazil. (Photo by Buda Mendes/Getty Images)

Arsenal look to be on the cusp of their second signing, Everton Soares, and while nothing is done yet, Edu is proving to be the magic man in the transfer window.

Arsenal‘s transfer window has been nothing short of a nightmare this summer, with so many affordable players falling by the wayside in favor of pipe dreams of guys far beyond our price range. But now that Edu has joined the club, a move for Gremio star Everton Soares looks to be picking up speed incredibly quickly.

Literally just yesterday I said that I won’t allow myself to get excited about the rumors until it actually happens, and I still don’t intend to lose my head over it. But Edu is clearly getting things done, he’s clearly keying in on players and going after them and not even the limited budget of the club is going to stop him.

I feel like Edu is that cool new kid at school that everyone is trying to hang out with and appease. Even the Kroenke’s, and Raul Sanllehi, and whoever the hell else is actually behind getting deals done in the transfer window.

Related Story: 10 Things We Learned About Unai Emery In Year One

Throughout June, and even in early July, players with £30m price tags entered the transfer spectrum and fell away. Even guys like Kieran Tierney, who was below those other players in the price spectrum, is proving hard to complete.

But all these players—Ryan Fraser, Kieran Tierney, Hakim Ziyech, Yannick Carrasco—have one thing in common. They don’t have Edu on the case.

I made this point yesterday, that with Edu in charge, we are one for one on completing transfers. Gabriel Martinelli is the trophy, and what a trophy he is proving to be. But to see a £36m price tag on someone like Everton Soares and not immediately balk at it is a sign of what Edu has brought to this side. He has brought confidence in the transfer market and an ability to get things done.

Now, granted, Soares isn’t done yet. And maybe he never gets done. But in the span of just a few days, we’ve been in talks with Gremio, sent a medic, and have been aggressively pursuing the young winger, with beIN sports reporting that the deal is set to be completed for £25m plus a bunch of add-ons that will get it up to the £36m region.

If Edu can make deals look this easy, then we just need to give him time to get more integrated into the set-up here so he can start making all the other deals looks easy too.