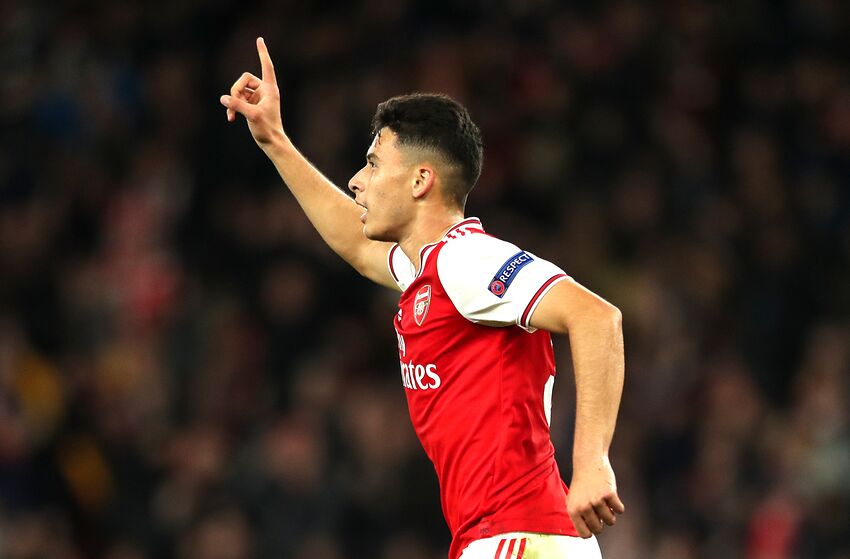 David Luiz has heralded Gabriel Martinelli’s mindset as the best among the young players at Arsenal. And that is the true brilliance of the 18-year-old: it is not just his ability that makes him such an exciting prospect; it is his application and attitude.

A great many young talents have blossomed into great expectations. One fleeting performance here and there is enough for fans to lose their minds over players’ prospective futures. But in reality, very few will make it. It takes a lot more than ability to make it to the top.

Find the latest episode of the Pain in the Arsenal Podcast here — Unai Emery out, again

Arsenal have experienced this time and time again. How many young Gunners have come through the system with tremendous potential, only to falter when it comes to producing at the senior level. In youth football, natural ability is enough to get players by. That is not the case at the senior level.

At present, the Gunners have a myriad of superb young players all beginning to break into the first-team picture. And centre-back David Luiz has had his say on who feels has the opportunity to develop into a bonafide star. Speaking this week with 90min.com, Luiz heralded the mentality of fellow Brazilian Gabriel Martinelli, a player who he feels has all of the tools to make it at the highest level:

“I always say, talents, I have seen many, but great mentality, I didn’t see many. And who arrives far? It’s great mentality, not just talent. I’m not going to say to you about who is the most talented [at Arsenal], but the best mentality at the moment is Martinelli.  He has a great mentality <…> He’s a top guy, a top player, but what makes me more impressed is the mentality in the training ground, the way he reacts after he scores goals. [After] scoring at Anfield, he continues to work, not asking already, ‘I have to play, I have to play’. This is a great mentality. He’s taking his opportunities step-by-step, always with the same focus and determination. He is so mature for his age.”

While I do not know Martinelli personally so cannot comment on what type of individual he is, from his performances on the pitch, the manner in which he has endeared himself to the senior players at the club, and the desire with which he plays, it is quite clear to see that he has the attitude to make the most of his talent.

As Luiz rightly highlights, it is their respective mentalities that will separate the young players as they progress into senior football. Reiss Nelson, Bukayo Saka, Joe Willock and others have the natural skill set to succeed at Arsenal and beyond, but do they have the same attitude and application as Martinelli does?

Those that fall by the wayside in the ruthless professional game are not the ones who lack talent. Rather, it is those who lack the will to work and the attitude to apply themselves. The application of talent, not the talent itself, will determine a player’s trajectory.

Next: Arsenal Vs Leicester City: 5 things we learned

And Martinelli has quite the application, not just the talent. That makes him very exciting indeed.