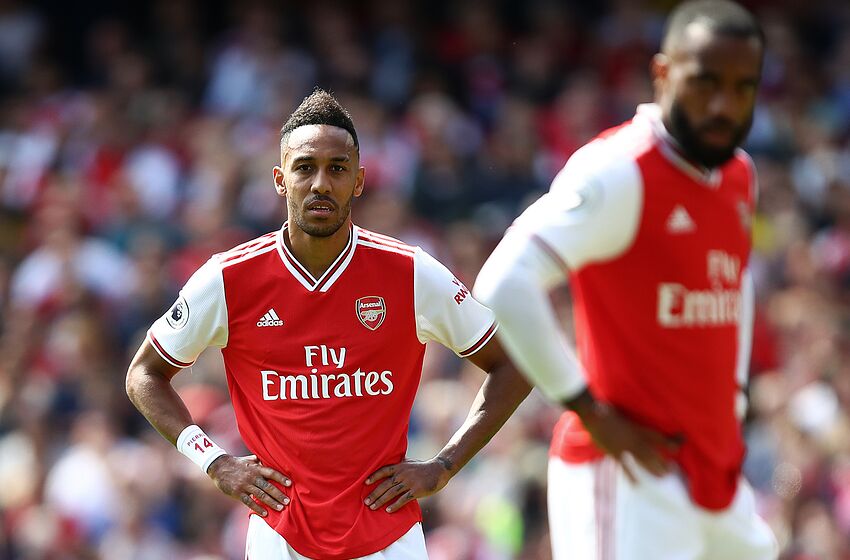 Arsenal have a truly elite striking pair in Pierre-Emerick Aubameyang and Alexandre Lacazette, but is the best way forward breaking up their bromance?

I’ve spent a couple years deliberating this question, and I can’t even guarantee that I’ll arrive at a conclusive answer by the end of this exploration. But what I’m going to try to do is separate the practicality of separating them from the emotionality of it, so that we can start to think about the right way to move Arsenal forward.

One of the big problems with housing superstars on your club is that, if you don’t find success, they will become a burden. Look at Paul Pogba at Manchester United and how much drama has come from him.

Pierre-Emerick Aubameyang isn’t at that level yet. Liking Instagram posts and hanging out with idiots on YouTube doesn’t equate to that much drama, but it is the planted seed of some troubling times ahead if things don’t get better on the pitch.

Related Story: 3 Players Who Actually Deserve To Be Captain

As such, if the situation were to arise that we’d decide to cut one or the other, I am obviously opting to bid adieu to Aubameyang. But that doesn’t have as much to do with the off-pitch stuff as the on.

On the pitch, Aubameyang scores goals. That’s irreplaceable. No one is questioning that, nor will I. But you can’t score goals if you aren’t creating consistent chances, playing convincing football, or even taking shots, and for awhile now, the Gunners have been unable to do that. Making Aubameyang something of a mixed bag, not by his own faults, but by the faults of the team as a whole.

Not just that, but when you put out your best XI, Lacazette has to be a striker. He’s that important. That means that Aubameyang either has to play as a second striker, thus hampering the club in other crucial departments, or he has to play as a winger, and I’m not of the opinion that he is among our best wingers. I’d take Bukayo Saka or Gabriel Martinelli starting on the wing over him. Because Aubameyang isn’t a winger. He’s a striker. And the more he plays on the wings, the more we hear of him being disgruntled at having to do so.

Aubameyang tided us over in bad times, but is he the guy to help move the club forward? I don’t think so, and I think we’re seeing why this year. Again, it’s not even that much to do with him, just the state of the club. If we’re really going to move forward, we have to let Unai Emery play the kinds of players he wants to have, and for as great as Aubameyang is, he doesn’t fit the Emery mold.

To add to that, Aubameyang is getting older, and he either needs a new contract or to be sold on, and we could still fetch a pretty nice price for his services given that he won the Golden Boot last year and figures to be in the running this year as well, without question. There is a such thing as cashing in at the right time, and this feels like the right time. Don’t get into another Mesut Ozil situation.

Emotionally, you hate to break these two up. They are immensely entertaining to watch together and they clearly have some killer chemistry, but the problems at the club have effectively overshadowed that hope of goal-scoring brilliance and made it clear that it wouldn’t be all that bad to let Aubameyang go to try to help solve issues elsewhere on the pitch.

This isn’t an easy decision, but practically speaking, it is. Aubameyang is not going to move the club forward. It’s not a fault of his, but a fault of the club in general. By the time he is in a position to comfortably score tons of goals, he may be past his prime and locked into a massive new deal with the club. We don’t want that.

Next: 3 Players Emery Must Get Best Of

Break up the bromance. It isn’t fun to think about, but it’s practical.